Texas Entertainment News was created by media producer Fred Miller in 1996. Hosted by Tom McConnell and Leisa Hart (of Total Fitness "Buns of Steel" fame), its goal was to provide a weekly look into entertainment production and events throughout Texas. Airing on Sunday nights at 10:30pm, it was anchored at WFFA in Dallas and carried by 15 affiliates statewide. In addition to the television broadcast, TEN had an online component- a fairly unique experience in 1996.  A total of 33 episodes were made before the show was canceled at the end of its first season.

The original URL, www.txent.com, no longer links to the Texas Entertainment News, but it still can be seen at the Internet Archive's Wayback MacWayback Machine: http://web.archive.org/web/19970220183843/http://txent.com. 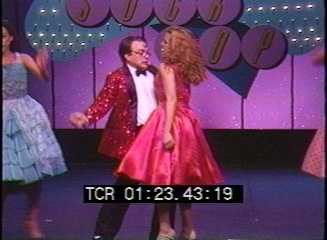