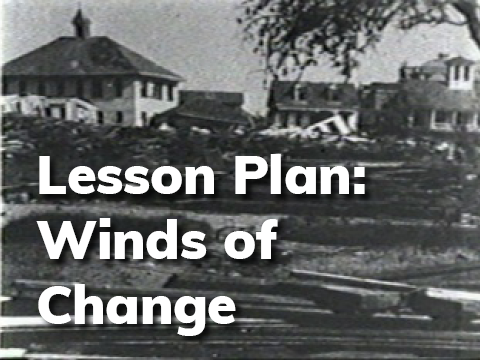 Winds of Change: The Galveston Hurricane of 1900
Social Studies, Grades 4–8

Through the use of primary sources, students will analyze the impact of hurricanes on the lives and livelihoods of the people and regions affected by them. Students will further compare the impacts of the Galveston Hurricane of 1900, Hurricane Katrina, and Hurricane Ike on the Texas coast, judging both immediate impact and long-term effect. Additionally, student will read accounts from various books, including historical fiction, about the Galveston Hurricane, the biggest natural disaster in American history. Students will work in literary circles to draw parallels between the moving images and the written descriptions of the event. 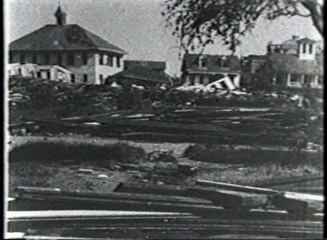 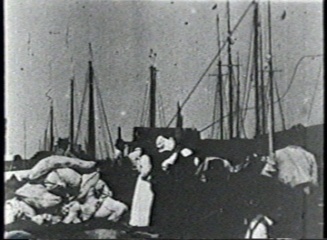 Galveston Hurricane of 1900 - Launching a Stranded Schooner from the Docks 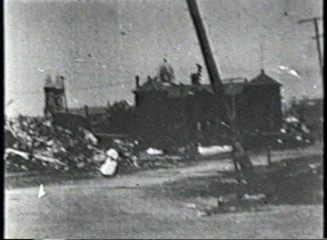 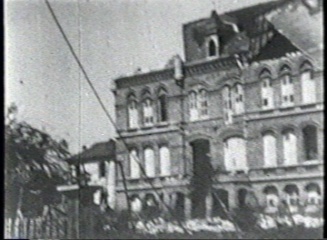 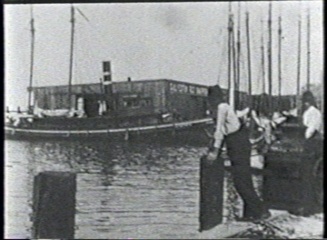 Galveston Hurricane of 1900 - Panorama of Wreckage of Water Front 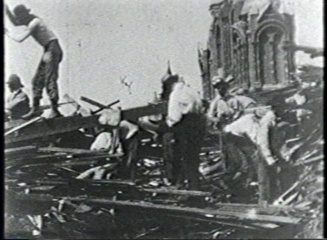 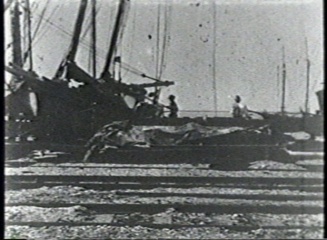 Students should have a working knowledge of Texas geography, including the Gulf Coast region.

Students should be aware of the devastating impact of natural disasters on communities and the economy.

Display a map of the Texas Gulf Coast that includes Cuba; identify the cities of Galveston and Havana on the map.

Ask the class to make a list of how information was communicated between two separate locations around 1900. Write the students’ responses on the board.

Ask how someone in Havana might be able to warn someone in Galveston that a storm was coming around 1900. The answer is that there was no easy way to communicate this information effectively, and as a result, the Galveston Hurricane devastated Galveston Island in 1900.

Extension: Have students brainstorm one of the following.

Ask if anyone can name a natural disaster. Write students’ responses on the board and make sure you list a variety of them.

Using a map or globe, ask students to identify where many of these natural disasters occur, from tornadoes in the Midwest and earthquakes along fault lines to hurricanes on the gulf coasts, etc. Discuss their causes.

Ask students if they can name any recent natural disasters and discuss when and where they occurred, as well as their long-term impact.

Watch the film, Panorama of East Galveston or one of the other suggested films (see Videos). This film illustrates the significant damage wrought by the hurricane that struck Galveston on September 8, 1900. Rather than react verbally, have students write down what images they see.

Show students pictures from Hurricane Katrina (https://www.nola.com/multimedia/photos/collection_1ae901f2-ca7a-11e9-a269-c31141550f2b.html#14) so they have an additional frame of reference to those provided in the videos. Then ask them how long they think it takes to rebuild an area after a hurricane has struck land? What do you think the long term effects are on an area after a hurricane strikes?

Have students work in small groups of four and read segments out of Isaac’s Storm by Erik Larson or Dark Water Rising by Marian Hale. Have students discuss how the book describes the period before, during and after the storm.

Compare and contrast the book’s description of the event with the moving images of Galveston shot in 1900 after the storm destroyed the city in literary circles of four. Assign different roles to each student in the reading group. Have one student create a summary of what they read (specific chapters you assigned), another student will create 5- 10 reading questions, another select quotes that stood out from the book and the other will write about some of the parallels between the written and visual descriptions of the Galveston Hurricane.

Ask students to then compare and contrast the footage of the Galveston Hurricane with today’s news coverage of natural disasters.

Or research Thomas Edison and his contribution to moving images. The Galveston Hurricane was one of the first major events in America to be filmed and viewed by a wide audience.

To be completed over the course of several class periods

Divide students into groups, and assign each group one of the following topics:

Each group will present their findings (either through a 5-10 minute presentation or a poster) and will be evaluated on the following:

Explain to students that though living in a hurricane zone is dangerous, much advancement in technology and the desirability of Galveston's geographic placement has made it possible to weather natural disasters.

A presentation of the Galveston County Daily News, http://www.1900storm.com/

Exhibit from Galveston and Texas History Center at the Rosenberg Library, https://rosenberg-library.org/special-collections/the-1900-storm-a-slideshow/

Galveston 1900: Storm of the Century, the Portal to Texas History, https://education.texashistory.unt.edu/lessons/psa/Galveston1900/

11A - Analyze how physical characteristics of the environment influenced population distribution, settlement patterns, and economic activities in the United States during the 17th, 18th, and 19th centuries

12A - Identify economic differences among different regions of the United States