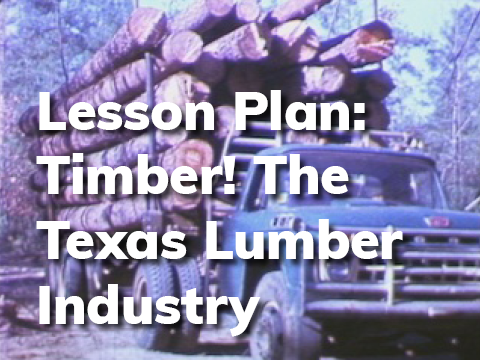 The lumber industry has played a key role in the economic development of Texas since the end of the Civil War. Timber production in East Texas was partially responsible for the rapid growth of railroads in the state, as well as the development of the Texas paper industry and the rise of both residential and commercial building. However, jobs in the lumber industry have been considered as some of the most hazardous occupations, and numerous problems with pollution and deforestation have led to some people speaking out against commercial lumber production.

This lesson highlights the work of lumberjacks and millworkers, as well as the benefits of the paper industry, the need for conscientious timber stewardship, and the importance of lumber to the Texas economy. Using videos showing different aspects of lumber production and outside research from their textbooks and reference websites, students will analyze and compare depictions of the lumber industry – both those showing the hazards of timber manufacturing and those showing the benefits of lumber production. Students will develop analytical and critical thinking and viewing skills, identifying the strengths and weaknesses of their subject.

This lesson employs a project-based learning approach, which improves retention of new content and develops students' personal connections to the past. Students will be asked to work cooperatively with their class, as well as independently research and create a final project. Several of the videos have worksheets to accompany them to facilitate note-taking and research, but students may find additional information in the videos useful for their Extended Learning project. An annotated list of resources for additional research is also provided. 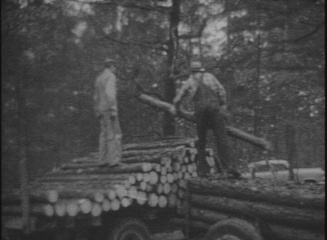 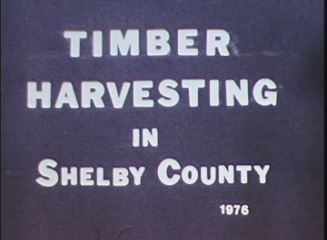 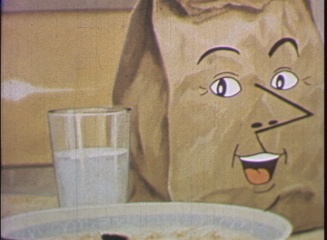 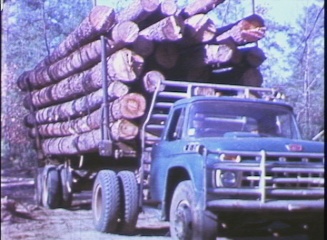 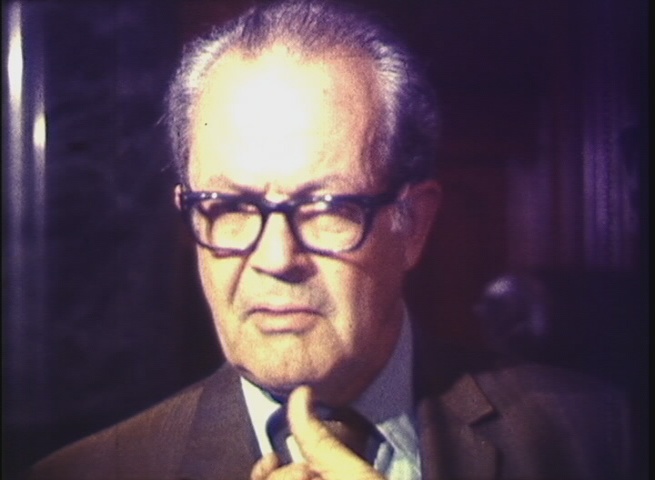 Students should have knowledge of the following areas to successfully take part in this activity:

Begin by having students write down on a sheet of paper a list of five to ten items that are made from trees. Collect their responses and compare the lists. List the most common examples given on the board/overhead and brainstorm with your class other essential products that come from the lumber industry.

Next, show students the silent video Temple Lumber Company (see Videos). The video is a brief depiction of work in a lumber mill. After watching the video, discuss with students why the lumber industry has been seen as dangerous. Ask them if they see any scenes in particular that seem to risk the operator’s safety. Explain the conflict in early Texas industries between the need for products and the safety of the land and of the workers.

Begin by assigning students to examine either the utility of the lumber industry or the dangers of timber production. Students can also choose which they would like to investigate further.

Students will watch one of the videos which supports their position. Students can complete a worksheet for the film which highlights some of the main points of the film and asks the students to think about larger implications. Worksheets to accompany four of the main films can be found in the “Worksheets” tab. They can complete this in groups or individually.

Depending on your classroom set-up, students can rotate through researching their subject in their textbooks, library materials, or on classroom computers. Helpful websites and recommendations for books about the lumber industry are provided in the Resources section.

After students have viewed the film assigned to them, completed their worksheet, researched their topic using the textbook or other sources, and recorded their observations and thoughts, divide students into groups based on which side they have been examining.

Students can now “report out” as a group what they learned. This will be a short classroom presentation in which all members will participate. The opposing side should be able to ask questions of the students.

Students can use the research they have gathered from the films and in the classroom (as well as at home) to create a promotional brochure supporting the timber industry or calling for environmental or labor reforms. Students should use illustrations and promotional language to persuade the reader to their side.

Each brochure should clearly state their position, the time period from which they are making their argument, the names of key events and people, and any figures or statistical information that supports the point they are trying to make.

A key source for information on the history of the lumber industry in Texas starting in the early 19 thcentury and continuing to developments as recent as the 1990s. The Handbook of Texaswebsite provides links to key events and people, such as the Civilian Conservation Corps, John Henry Kirby, and the Brotherhood of Timber Workers.

This website explains the manufacture of wood pulp and paper, describing the individual steps in detail. In addition to providing a detailed overview of production, a look at the health and safety standards of workers and the environmental impact of wood pulp and paper processing is given.

"Aldridge Sawmill: Logging in the Piney Woods," Texas Beyond History

Part of a larger web module about the Aldridge Sawmill, this page looks at the logging industry during both its boom and its bust cycles. Using many historic images and statistical figures, "Logging in the Piney Woods" shows how lumber helped to develop the state, but also what led to some of the problems caused by the rapid growth of the industry.

The section on Managing Forests and Landprovides information on forest stewardship, reforestation, and responsible timber harvesting. This website can provide information on what needs to be done to make lumber production a more responsible practice.

"Early Washington and the Logging and Timber Industry,"by Dan Bryan

The author uses Seattle and Washington state as an example, but descriptions of the labor conditions, the problems of deforestation, and the boom and bust cycles can be taken more generally.

Set in the Pacific Northwest, this book by Andrews is human interest story that examines the impact of logging and timber production on the lives of the men and women involved.

This Was Logging by Ralph W. Andrews

Another book by Andrews, This Was Loggingcontains over 200 images of the logging industry from the late-19 thto early 20 th-century.

A longer examination of the relationship between the lumber industry and the growth of the railroads.

4C – Identify the impact of railroads on life in Texas, including changes to the lumber industry.

5A – Identifies the impact of various issues and events on life in Texas such as urbanization and modernization to 20th century in Texas.

9A  – Describe ways people have adapted to and modified their environment in Texas, past and present, such as timber clearing.

9B  – Identify reasons why people have modified their environment in Texas, past and present.

9C  – Compare the positive and negative consequences of human modification of the environment in Texas, both governmental and private, such as economic development and the impact on habitats and wildlife as well as air and water quality.

12B – Explain how geographic factors such as climate, transportation, and natural resources have influenced the location of economic activities in Texas.

12E – Explain how developments in transportation and communication have influenced economic activities in Texas.

13B – Identify products of Texas that are purchased to meet needs in the United States and around the world.

20B  – Describe how scientific discoveries and innovations in agriculture and technology have benefited individuals, businesses, and society in Texas.

21C – Organize and interpret information in outlines, reports, and visuals.

6A – Identify significant individuals, events, and issues from Reconstruction through the beginning of the 20th century, including the factors leading to the expansion of the Texas frontier, the effects of westward expansion on American Indians, the buffalo soldiers, and Quanah Parker

6B – Identify significant individuals, events, and issues from Reconstruction through the beginning of the 20th century, including the development of the cattle industry from its Spanish beginnings and the myths and realities of the cowboy way of life

6C – Identify significant individuals, events, and issues from Reconstruction through the beginning of the 20th century, including the effects of the growth of railroads and the contributions of James Hogg

6D – Explain the political, economic, and social impact of the agricultural industry and the development of West Texas resulting from the close of the frontier

7B – Define and trace the impact of "boom-and-bust" cycles of leading Texas industries throughout the 20th and early 21st centuries such as farming, oil and gas production, cotton, ranching, real estate, banking, and computer technology

7C – Describe and compare the impact of the Progressive and other reform movements in Texas in the 19th and 20th centuries such as the Populists, women's suffrage, agrarian groups, labor unions, and the evangelical movement of the late 20th century

9C – analyze the effects of physical and human factors such as climate, weather, landforms, irrigation, transportation, and communication on major events in Texas

12A – Explain economic factors that led to the urbanization of Texas

12B – Trace the development of major industries that contributed to the urbanization of Texas such as transportation, oil and gas, and manufacturing

13A – Analyze the impact of national and international markets and events on the production of goods and services in Texas such as agriculture, oil and gas, and computer technology

13B – Analyze the impact of economic concepts within the free enterprise system such as supply and demand, profit, government regulation, and world competition on the economy of Texas

13C – Analyze the impact of significant industries in Texas such as oil and gas, aerospace, medical, and computer technologies on local, national, and international markets

20A – Compare types and uses of technology, past and present

21A – Differentiate between, locate, and use valid primary and secondary sources such as computer software, databases, media and news services, biographies, interviews, and artifacts to acquire information about Texas

22A – Use social studies terminology correctly

22B – Use standard grammar, spelling, sentence structure, punctuation, and proper citation of sources

22C – Transfer information from one medium to another, including written to visual and statistical to written or visual, using computer software as appropriate