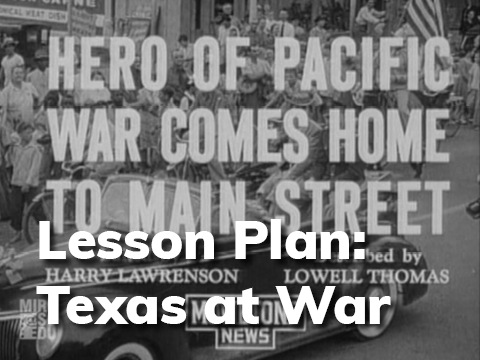 Texas at War - The Home Front During WWII
Social Studies, Grades 4–7 and 9–12

Through analysis of primary source archival footage and the creation of a World War II broadside, students will demonstrate their understanding of the political, economic, and social impact of World War II on the history of the United States and Texas. 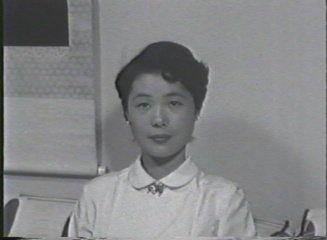 Students should have a basic understanding of the involvement of the United States in World War II.

Students are assumed to know that a newspaper broadside is a large one-page flier with content, including advertisements, and articles.

Ask students to discuss with a partner what it means for the United States to be at war (e.g. Who does war affect, what causes war, and what are its consequences?).

Have each group share their ideas & record them on the board.

Remind students that the United States is currently at war; ask them to share any changes they feel have occurred in their life as a result.

Based on their answers, have students evaluate with a partner if the experience on the home front are different from World War II. Discuss the causes and consequences of World War II with them.

While students watch the videos (see Videos) have them add bubbles to the main bubbles which include 3-5 word phrases describing how the video addresses these two topics. For instance, “made ammunition,” “supplied beef for troops,” “increased money in economy,” etc.

Ask groups to share their ideas and explain their decisions, instructing students to add to their bubble diagrams any answers they did not get.

To demonstrate their understanding of the impact of World War II on the politics, society, and economy in Texas, students will create a newspaper broadside to tell the story of Texas during the war. Have students use their notes from the films, textbooks, books listed in the Resources section, and the Internet to decide what content they will include on their broadside. Suggestions include: