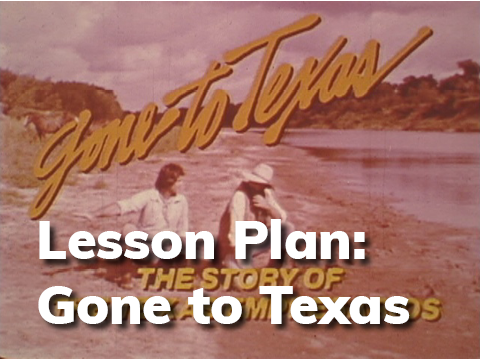 Gone to Texas: The Story of the Texas Empresarios
Social Studies, Grade 4

Using educational films from the 1960s and 1980s, students will examine the varied experiences of the nineteenth century Texas Empresarios, and identify the important contributions of significant individuals, including Moses Austin, Stephen F. Austin, Baron de Bastrop, Martín de León and Green DeWitt.  This film is a valuable resource that was saved through the Texas Archive of the Moving Image's digital preservation program. The film educates and entertains, containing extraordinary reenactments of specific events that occurred in early Texas. This lesson highlights the Mexican settlement and colonization of Texas and traces the events that led up to the Texas Revolution, such as the 1825 Colonization Law of Coahuila y Tejas and its reversal in 1830, the Fredonian Rebellion, and the politically divisive land dispute between Texas Empresarios Martín de León and Green DeWitt.  Most of the lesson focuses on Moses Austin and his son, Stephen F. Austin, as they worked to bring the first colonists or "The Old Three Hundred" to Texas.  This lesson, utilizing a unique and engaging educational film created by the Texas Education Agency in 1978, serves as a great introduction to the Texas Empresarios and nicely segues into the Texas Revolutionary period. 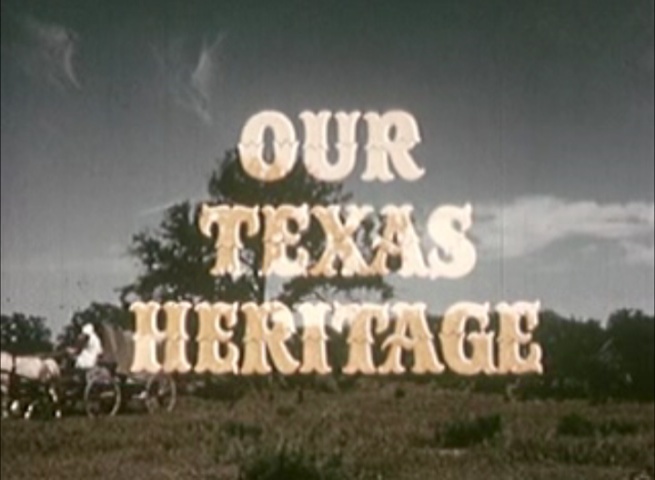 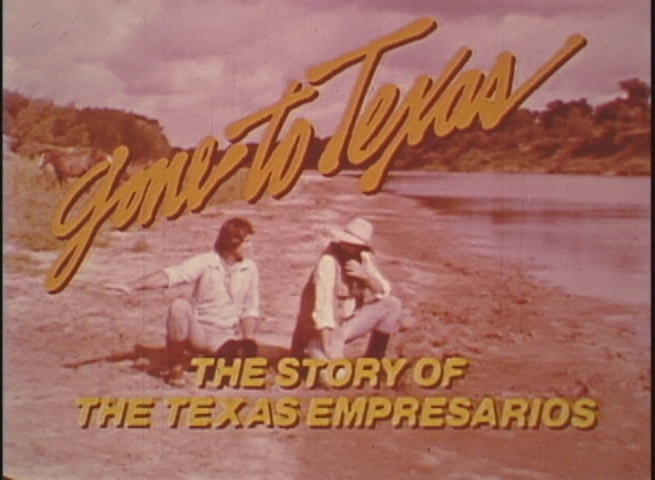 Gone to Texas: The Story of the Texas Empresarios (1978)

The following activity assumes that students know Mexico won its independence from Spain in 1821 and, as a result, Texas became a part of the Mexican state of Coahuila y Tejas.

Students should know that Mexico formally invited Americans to colonize Texas in 1825, which inspired hundreds and eventually thousands of Americans to settle in Texas between 1825 and 1830.

Students should be aware of Mexico’s empresario program.

Students should have some background knowledge of different groups living in Texas, including native and immigrant groups.

Students should be aware of some of the causes and results of the Texas Revolution.

Give each student a sticky note. Instruct them to write down three facts and two possible test questions based upon watching the following Texas history introductory video. (A test question highlights the important subject matter and can only be answered by someone who paid attention to the video).

After watching the video segment, give students time to write down their three facts and two questions. Then, have students come up to the front board and put their sticky notes on it.

Collect sticky notes and read students’ questions aloud. Call on different students in class to answer the various questions. This will serve as an informal assessment of your students’ prior knowledge of the Texas Empresarios in Mexican Texas.

Ask students to quickly (and perhaps silently) line up along the wall according to height (shortest to tallest). Then, have student number off from one to six, starting with the shortest and moving down the line until everyone has a number. Adjust numbers based on class size; make sure every group has 3 to 4 students.

Designate specific space in the room for each numeric group to meet. Have students gather and answer a few assigned questions that are posted below (e.g. have all the ones in one corner, twos in the other, threes in the middle, etc.)

Give each numeric group a piece of paper. Have students write their names and collective answer(s) to the different assigned questions on this paper. You can write students’ question(s) down on a note card or walk around to each group and assign them questions. Make sure students write their question(s) down before deliberation. Give groups about 5 – 10 minutes to respond to the assigned question(s) selected from the list below. Monitor group discussion and help clarify as needed.

After about 10 minutes, ask each group to “report out” their answers. Go around the room until each group’s spokesperson has shared their answers. This is another chance to gauge students’ prior knowledge and prep them for the lesson.

Have students watch the 1978 educational video “Gone to Texas: The Story of the Texas Empresarios,” https://texasarchive.org/2013_01481

Have students individually answer the questions on the provided worksheet. Pause occasionally to clarify and provide time for students’ reflective writing.

After students have completed their worksheets, put them in groups and tell them they will be assessing the pros and cons of moving to Texas during the empresario years, 1825 to 1830.

Give students a piece of paper and tell them to create a pros and cons “T Chart” and ask them “what were the benefits and costs of moving to Texas?”

Make sure students address the following pros: settlers had a chance to own fertile, abundant land for little money; low taxes; for those who lost everything after the Panic of 1819 (economic recession), this was a chance to start over; new adventures; a chance to be self-sufficient; provide a better life for your family, etc.

Make sure students address the following cons: settlers had to renounce their American citizenship; convert to Catholicism; had to provide letters of recommendation proving their good character; had to swear loyalty to Mexico; high risk of native attacks; lack of protection; few luxuries, stores, access to goods, etc.

After students complete their group “T-Charts,” have them create an advertisement poster to attract settlers to Texas. Show them an example of an advertisement in a magazine. Show one that promotes a product, but also contains warnings or a list of side effects for potential consumers. Using key vocabulary words and symbols have students create a group advertisement that highlights many of the attractive features of moving to a Texas colony under the empresario program. Also, make sure students address some of the caveats (warnings), too. Make sure students’ advertisement posters provide clear historical information addressing both the pros and cons of moving to Texas.

In 1825, when Mexico invited American settlers to colonize Texas, they did not want just anyone moving there. In fact, the Mexican government created an empresario program to encourage and manage the colonial settlement of Texas and attract the right people to their state. The 1825 Colonization Law of Coahuila y Tejas stated “the new settlers (who present themselves for admission) shall prove their Christianity, morality, and good habits….”

Potential colonists had to prove their work ethic and character by providing letters of recommendation. They had to ask influential citizens, politicians, or community and business leaders for these recommendations. Then, they had to carry their letters to offer to empresarios like Stephen F. Austin for consideration and possible acceptance into a Texas colony.

Write a short essay describing the characteristics and traits of the ideal (perfect) Texas empresario and/or settler. Make sure to explain how these qualities would help this person survive and thrive in a Mexican Texas colony in the 1820s to 1830s.

Now, think about your personal character. Are you a reliable person? Are you honest, dependable, and a hard worker? Do you never make excuses or blame others for your mistakes? Are you a good student, friend, or child, and do you try to help others and improve your community?

In another short essay, assess your personal character and describe what makes you a good student, friend, and/or son or daughter. Be sure to include three names of people you would ask to write a recommendation for if you had to today. Explain why you selected these people and how they might describe you. Do you need to work harder on improving your work ethic or character? Explain.

IB - Identify American Indian groups in Texas and North America before European exploration such as the Lipan Apache, Karankawa, Caddo, and Jumano

2C - Explain when, where, and why the Spanish established settlements and Catholic missions in Texas as well as important individuals such as José de Escandón

2E - Identify the accomplishments and explain the economic motivations and impact of significant empresarios, including Stephen F. Austin and Martín de León, on the settlement of Texas

3A - Analyze the causes, major events, and effects of the Texas Revolution, including the Battle of the Alamo, the Texas Declaration of Independence, the Runaway Scrape, and the Battle of San Jacinto

8A - Identify and explain clusters and patterns of settlement in Texas at different time periods such as prior to the Texas Revolution, after the building of the railroads, and following World War II

12B - Explain how geographic factors such as climate, transportation, and natural resources have influenced the location of economic activities in Texas

12C - Analyze the effects of exploration, immigration, migration, and limited resources on the economic development and growth of Texas

16A - Explain the meaning of various patriotic symbols and landmarks of Texas, including the six flags that flew over Texas, the San Jacinto Monument, the Alamo, and various missions

21A - Differentiate between, locate, and use valid primary and secondary sources such as computer software; interviews; biographies; oral, print, and visual material; documents; and artifacts to acquire information about the United States and Texas

22A - Use social studies terminology correctly

22B - Incorporate main and supporting ideas in verbal and written communication

22C - Express ideas orally based on research and experiences