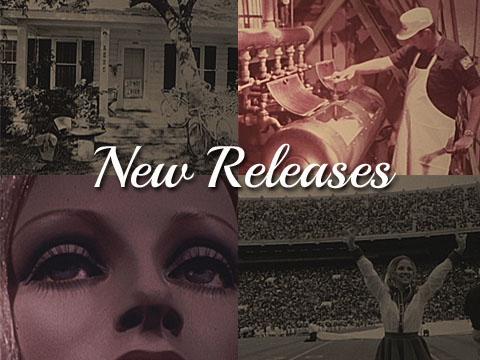 Happy 2017! To start the new year, the Texas Archive of the Moving Image is delighted to present the William Mackie Collection, featuring a variety of short films produced by students and faculty of the Radio-Television-Film Department at the University of Texas at Austin.

Mackie was a professor in the department during the 1970s and 1980s, and a majority of the films in the collection are projects made by his students. This short documentary, made by graduate student Wayne Ewing in 1971, follows the University of Texas varsity cheerleading squad as they hold tryouts for new members. Ewing went on to a career in filmmaking, producing and directing numerous pieces for Frontline and NBC News as well as eight feature documentaries.

The Last of the Little Breweries traces the history of one of Texas' most iconic institutions: the Shiner Brewery. Produced and directed by student Frank Binney in 1976, the documentary interviews many of founder Kosmos Spoetzl's employees, friends, and acquaintances. The film won an Achievement Award at the Fourth Annual Student Film Awards (now known as the Student Academy Awards) in 1977—the first student film from the University of Texas to receive the honor.

In addition to student films, the collection also includes a pair of promotional films. Presented by the News and Information Service and directed by Mackie, The Highest Level commends the academic achievements of the University of Texas. Describing the university as one of "the highest level," the film details various projects and experiments run by departments such as the Marine Science Institute, the Institute of Geophysics, and the Humanities Resource Center.

Watch these and other films in the William Mackie Collection here, and stay tuned as we continue to spotlight incredible new additions to the archive all year long.