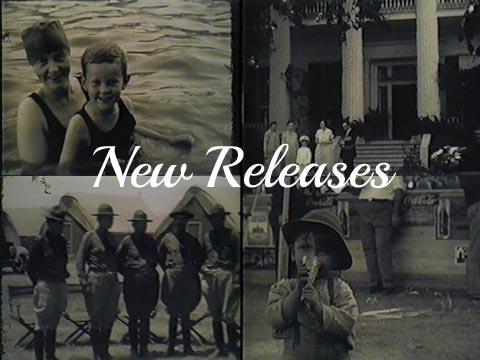 Women's History Month may be over, but the Texas Archive of the Moving Image plans to celebrate the achievements of Texas women all year round! This April, we are excited to share these incredible 1920s home movies featuring Miriam "Ma" Ferguson, the first female Governor of Texas and the first elected female state governor in the United States. After the Texas Senate impeached her husband, Governor of Texas James "Pa" Ferguson, and declared him ineligible to hold any public office under Texas jurisdiction, "Ma" Ferguson decided to run for the governorship herself. Against the odds, she won the 1924 and 1932 elections. As chief executive of Texas, "Ma" took on many of the era's tougher issues, aligning herself with anti-prohibitionists and denouncing the Ku Klux Klan.

Brought to us by the Bell County Museum, these home movies offer a rare and intimate glimpse of "Ma" Ferguson during her first term as governor. This film captures her at work in her office at the State Capitol Building as well as at home in the Governor's Mansion with her family. Her grandson, George Nalle, Jr., celebrates Easter with an egg hunt on the lawn. In another, we see her at Camp Palacios in Matagorda County to observe the 36th Infantry Division of the Texas National Guard. Finally, this film shows the Governor visiting the 1926 Texas State Exposition.

Be sure to check out some of the other amazing films in the Bell County Museum Collection, from a 1939 itinerant film starring Belton to a government film documenting the history of Fort Hood.