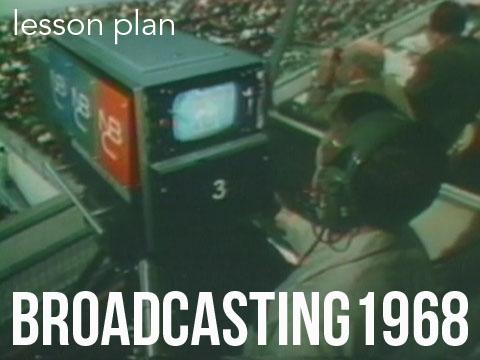 The late 1960s is considered by many to be one of the most tumultuous and significant periods of United States history. In particular, 1968 proved a watershed in the civil rights movement, the space race, and more.  By that same year, over 90 percent of US households owned a television set and millions of Americans largely learned about the events impacting their lives through broadcasting.  A vital resource in understanding this era, too often under-valued in conventional histories, is local or regional news.

The intended audience for this lesson is United States history secondary students. The subjects and themes of the exhibit and featured videos include elements of violence, including assassinations and images of war that can be upsetting to younger students. Students are expected to have a developed ability to think critically about news in a larger context. The associated projects for this lesson are appropriate for English Language Arts students engaged in media literacy lessons who are currently enrolled in or have some understanding of United States history of the modern era.