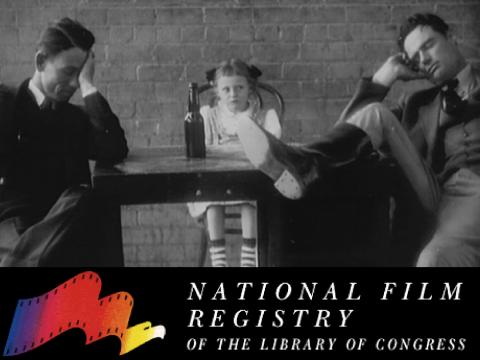 AUSTIN, Texas (December 19, 2012) – Prolific Dallas filmmaker Melton Barker's  The Kidnappers Foil, a film in the collection of the Texas Archive of the Moving Image (TAMI), was among the 25 American films deemed "culturally, historically or aesthetically" significant through their addition to the National Film Registry, announced by the Library of Congress earlier today.  Barker made hundreds of versions of The Kidnappers Foil featuring children from communities across Texas and the United States, but less than 10 percent of the films still exist. Eight versions from Texas, Pennsylvania, Arkansas, North Carolina, and Nebraska are available to watch via the Texas Archive of the Moving Image, an organization headed by Barker enthusiast Dr. Caroline Frick, at www.texasarchive.org.

Although not much is known about Melton Barker, he is one of America's most prolific filmmakers, making more than 200 versions of The Kidnappers Foil  between the 1930s and the 1970s using the same script.  The Our Gang-style comedy featured casts of approximately 30 to 50 children whose parents paid a small fee for them to participate.   The films were originally shown in the communities' movie theaters, but many have since been discarded.   It is estimated that less than ten percent still exist.

"The Kidnappers Foil series personally touched the lives of thousands of children and their families across the United States providing a unique opportunity to see themselves on the ‘big screen,' " said TAMI Executive Director Dr. Caroline Frick.  "We hope that the news of its selection to the Registry will exemplify the value of these so-called ‘local' films to the entire country and will lead to the discovery of lost versions of Barker's work."

The Texas Archive of the Moving Image holds the largest collection of Barker films that are accessible via the web and has worked with the Minnesota Historical Society, the Oklahoma Historical Society and the Nebraska State Historical Society to provide access to additional films.   The organization has also created a satellite website, www.meltonbarker.org, with additional information about Barker and his travels.

The Texas Archive of the Moving Image (TAMI) was founded in 2002 by film archivist and scholar Dr. Caroline Frick to discover, preserve and provide access to, and educate the community about Texas' film heritage.   TAMI's streaming video collection includes 10 versions of The Kidnappers Foil as well as more that 1,700 other films relating to Texas history and culture.   Visit www.texasarchive.org for more information.  Additional information about Melton Barker can be found on TAMI's satellite website, www.meltonbarker.org.

Images from the film available here.