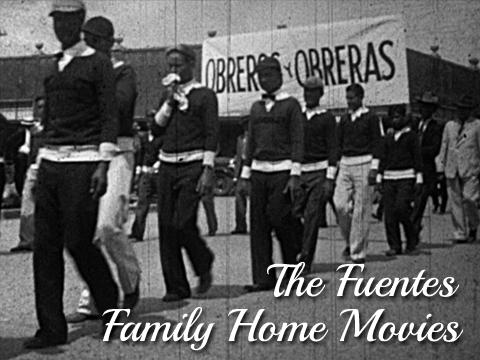 Austin, Texas, December 13, 2017/Texas Archive of the Moving Image/ - The Texas Archive of the Moving Image (TAMI) is excited to announce that the Fuentes Family Home Movies (ca. 1920s), preserved by TAMI in partnership with Texas A&M University Corpus Christi, have been named to the National Film Registry, deemed "culturally, historically or aesthetically" significant as announced by the Library of Congress earlier today.

An avid amateur photographer, Mr. Fuentes' films serve as some of the earliest motion pictures made by a Mexican-American filmmaker about the Latino community and experience in Texas. His films feature scenes of border life, Mexican-American parades, and, of course, excited children on Christmas morning.

The films named to the registry were shot on 9.5mm film, a unique amateur film format popular primarily in Europe. The films were preserved by TAMI in 2015. A selection of the films are available to view on the TAMI website.  TAMI's Executive Director, Caroline Frick, says: "We are thrilled to learn of the inclusion of the Fuentes Family Collection to the National Film Registry. The Fuentes' films beautifully document life on both sides of the Texas-Mexico border, and illustrate the rich confluence of cultures that has made, and continues to make, Texas' story vital to understanding the United States."

The Texas Archive of the Moving Image was founded in 2002 by film archivist and scholar Dr. Caroline Frick to discover, preserve and provide access to, and educate the community about Texas' film heritage. By partnering with institutions and individuals across the state, TAMI digitizes and provides web access to thousands of moving images that offer insight to Texas history and culture.  Over four thousand of these films are available to view on the TAMI website, www.texasarchive.org.