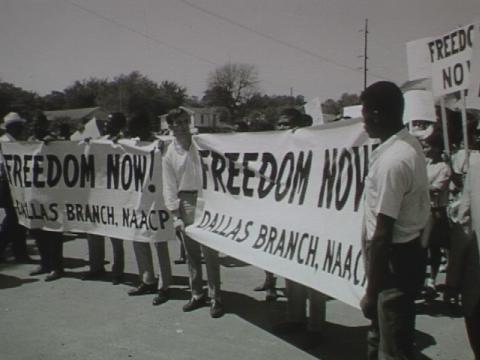 On Wednesday, January 30th, Austin filmmaker and Texas Archive of the Moving Image contributor Gordon Wilkison passed away at the age of 82.  As a cinematographer for Austin television station KTBC and Lyndon Baines Johnson, Wilkison made hundreds (if not thousands) of films capturing Austin in the 1960s. He documented John F. Kennedy and Lyndon Baines Johnson visiting San Antonio on November 21, 1963 (one day before the assasination) as well as the tragic shootings from the University Texas Tower by Charles Whitman.  He directed commercials for local businesses and local public affairs programs.   He also captured the visits of numerous dignitaries to the LBJ Ranch and even the cast of Batman at the 1966 movie premiere at Austin's Paramount Theatre.

More than 200 of Wilkison's films are available to watch at www.texasarchive.org,  and we will continue to make additional films available as we process, digitize, and catalog his massive collection of television news footage. In the meantime, enjoy a few of our favorite films chosen in memory of Gordon Wilkison.

Watch more films from the the Gordon Wilkison Collection, and let us know your favorites by commenting!  You can view his obituary and details about his memorial service here.

1964 Campaign Barbecue at the LBJ Ranch