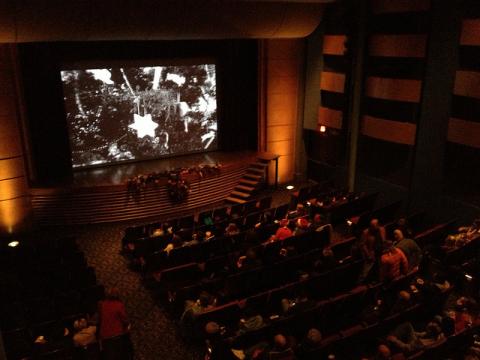 During the month of December, the Texas Archive of the Moving Image (TAMI) screened films and hosted an educational program in "The Christmas Capital of Texas," Grapevine, and received the exciting news that Melton Barker's Kidnappers Foil was added to the National Film Registry of the Library of Congress.

On December 19th, the Library of Congress announced the addition of Melton Barker's Kidnappers Foil to the National Film Registry alongside feature films such as Slacker, Breakfast at Tiffany's, and A Christmas Story.  Read the press about the announcement:

Also, check out the new, improved website for all things Melton Barker and The Kidnappers Foil, www.MeltonBarker.org. TAMI launched this satellite site including, photos, documents, maps, films, and other resources relating to the Melton Barker story in December.