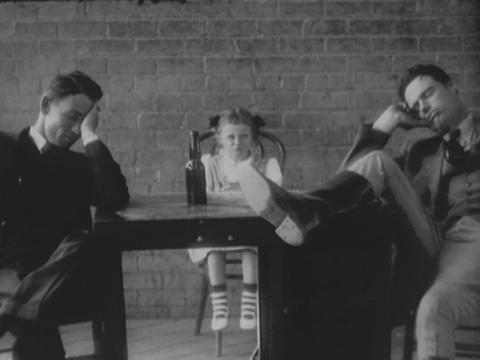 I will always remember when I first saw a Kidnappers Foil film directed by Melton Barker.  Although the original 35mm film had been transferred poorly to a VHS tape, I was immediately enamored by the chaotic exuberance of hordes of children performing for the camera – and, just as importantly, by the concerted effort to connect a so-called "amateur" production with Hollywood glamour.  The film's narrative featured the kidnapping of "Betty" Davis and her subsequent rescuing by local school children.  The film's aesthetics?  Quite rudimentary with a very difficult to understand soundtrack, but, at the same time, wholly reminiscent of the dozens and dozens of Hollywood produced children's short subjects that I had worked to preserve during my time in the Warner Bros. preservation department.

Little did I know that my first screening of a Melton Barker film would turn into an almost ten year quest to find any scrap of information about the director and, even today, to discover more "lost" prints of Kidnappers Foil titles.  Barker's life was not an easy one; he struggled with alcoholism, a disrupted family life and a career that had to have been challenging at the very least.  A truly independent filmmaker, he made more movies than Scorsese or Spielberg combined, and, despite less than perfect results, his hundreds of children's shorts continue to perplex technical experts who wonder "how did he pull this off?"

My interest in Melton Barker has led me to work with communities and with individuals I would never have known otherwise. Research into Barker's work has created a new understanding of the films themselves. Instead of remaining as odd little "orphan" films in disparate collections, the films have connected towns and cities across the United States by a shared cultural experience from the past.  Barker's films continue to excite, entertain and energize new generations of audiences, particularly those whose family members participated in the Kidnappers Foil phenomena.  As I look back at over ten years of "searching for Melton Barker," I am particularly struck by how my recent motherhood offers me yet another prism into understanding Barker's legacy.  Looking at my young son as he grows and changes week by week enables me to understand how precious the moments are that Barker captured for generations of families and communities.

I don't know what Melton Barker would make of his films becoming a formal part of American film heritage, preserved by the Library of Congress and publicly shared with the world.  But Barker's former stepson, Jim Ponder, wrote to say that he thinks that "Mel would have been very amused" by it all – and I believe that high praise indeed!